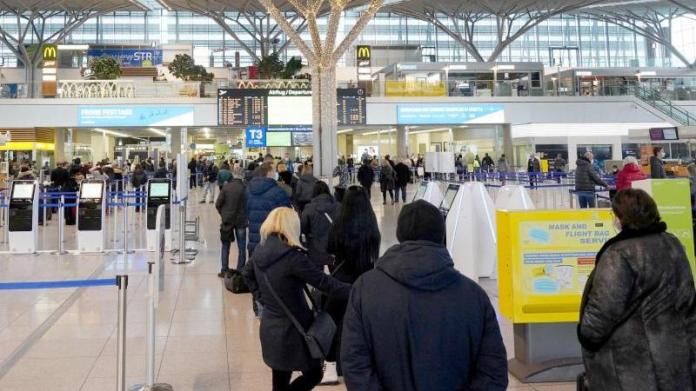 As forecast, Stuttgart Airport had to cope with a drastic decline in passenger numbers as well as in take-offs and landings in the past year. In 2020, the airport only counted 3.2 million passengers due to corona – that is 74.8 percent fewer than in 2019, as by far the largest airport in Baden-Württemberg reported on Thursday.  The  number of take-offs and landings also fell significantly – by 58.7 percent to 58,803 flight movements.

The  year also ended with a similarly disastrous result for Friedrichshafen Airport, which announced only 119,040 passengers for 2020 on Thursday – this corresponds to a decrease of 75.7 percent.

Karlsruhe / Baden-Baden Airport announced its key figures on Tuesday. At the second largest airport in the southwest, the number of passengers fell by around 70 percent to around 401,000 last year, while the number of flight movements fell by a comparatively moderate 16 percent to 30,444 take-offs and landings.

The  entire aviation industry has been shaken by the corona restrictions, and the international travel market has de facto collapsed during the pandemic.

These were the details of the news Stuttgart Airport reports a drastic drop in passengers for this day. We hope that we have succeeded by giving you the full details and information. To follow all our news, you can subscribe to the alerts system or to one of our different systems to provide you with all that is new.